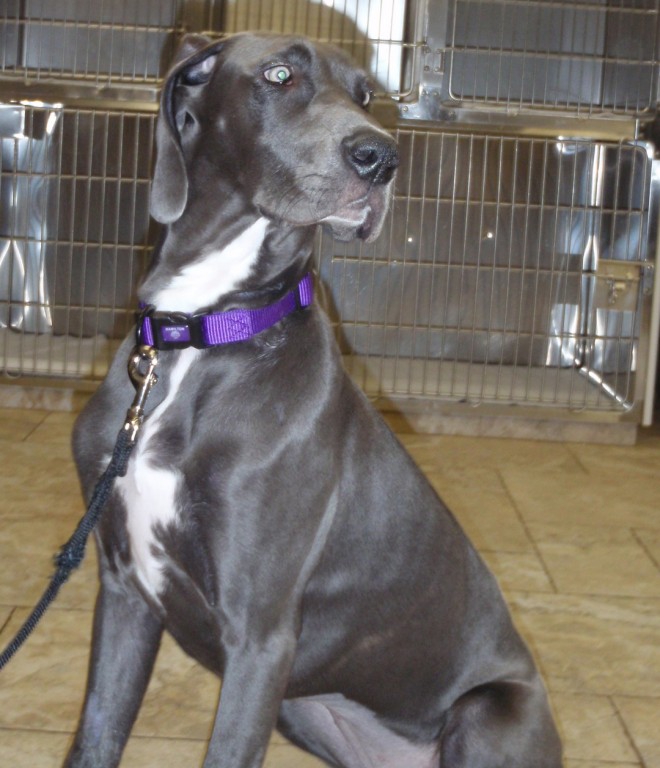 Bloat or Gastric Dilatation and Volvulus (GDV) is a horrible disease that affects primarily large breed dogs.  Larger breed dogs tend to have a deep chest which allows the stomach to become more mobile and potentially twist due to this increased mobility. The typical history involves a dog who has eaten a large meal or has drunken a lot of water and was too energetic prior or after this causing the stomach to twist.  However, most large breed owners are aware of this condition and are very careful in preventing their dogs from exercising immediately after eating.  Unfortunately, this condition also commonly occurs when all the precautions have been taken.

The incidence of GDV varies between breeds with the Great Dane having the highest risk with 37% of dogs affected.  When a GDV does occur, it is an emergency condition that usually requires emergency surgery and a great deal of expense.  Even when an emergency surgery is performed to correct the twisted stomach,  approximately 1/3 of dogs will die despite the veterinarians best efforts. 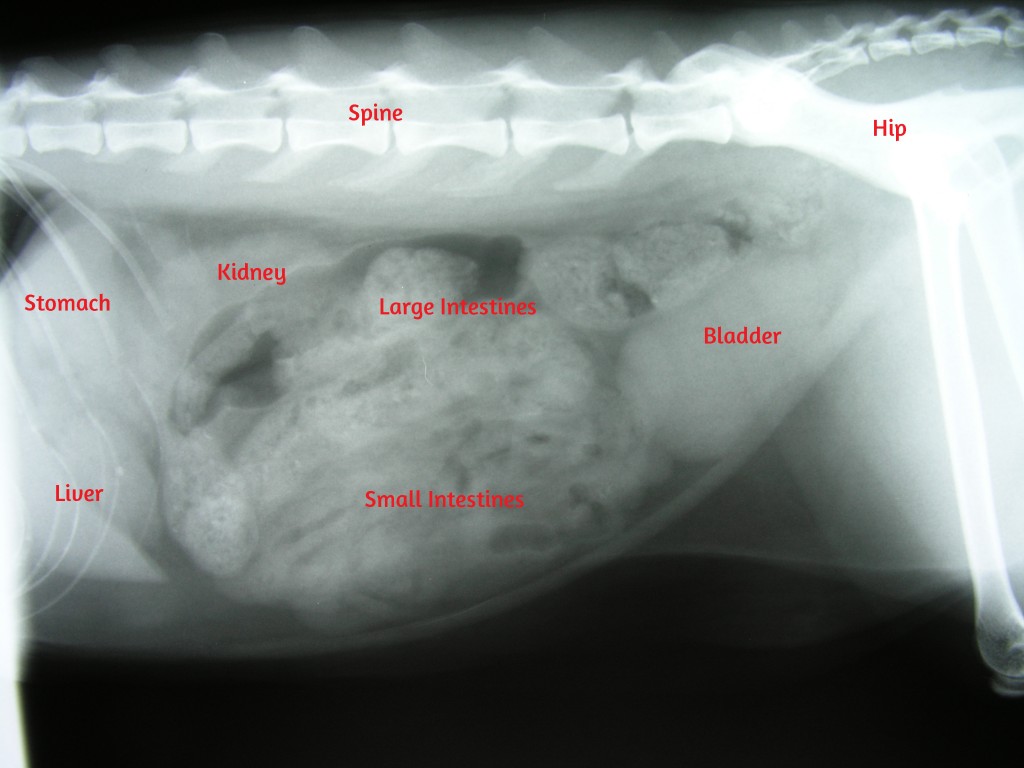 Prevention is key with this condition.  In the past, a preventative surgery was far more invasive and required a large 12-15 cm incision.  With the advent of Laparoscopy (or Key Hole Surgery, Minimally Invasive Surgery), the procedure is now far less invasive by using a small medical camera to find the stomach and surgically “tack” the stomach to the inside wall of the abdomen.  This procedure can be performed along with a laparoscopic spay in female dogs through the same incision.  It can also be performed the same time as a castration in male dogs, however separate incisions are needed.  The procedure is highly effective in preventing this life threatening condition and dogs are typically kept over for one night in hospital and sent home the following day.  The  first 10 days require minimal exercise while the area heals and then they are allowed to resume their normal activity. 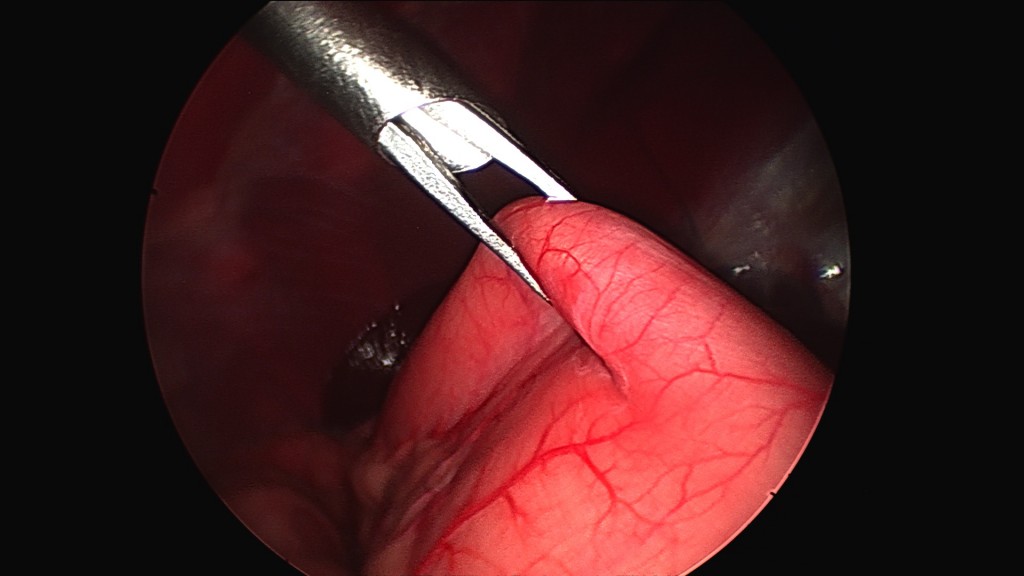 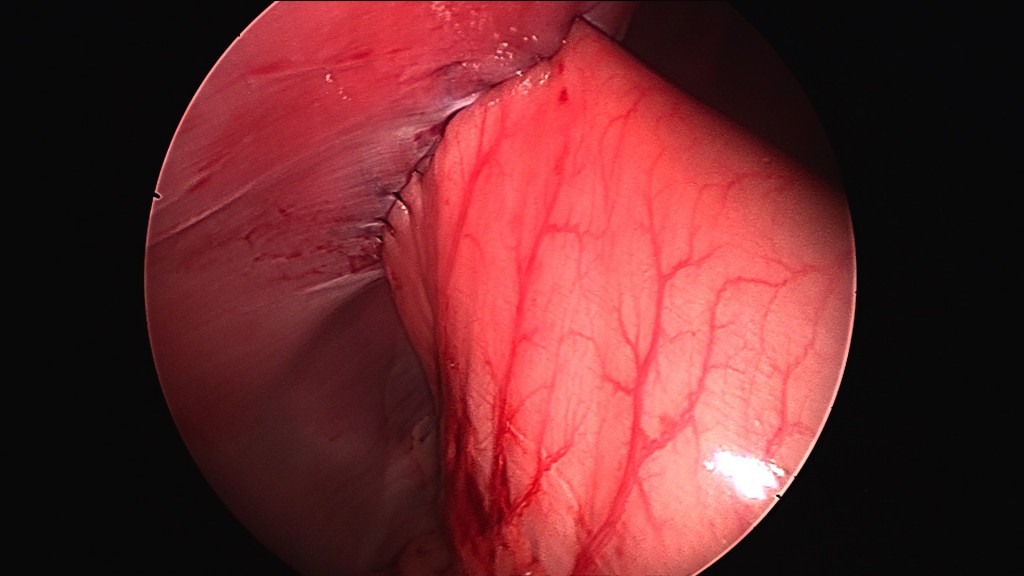 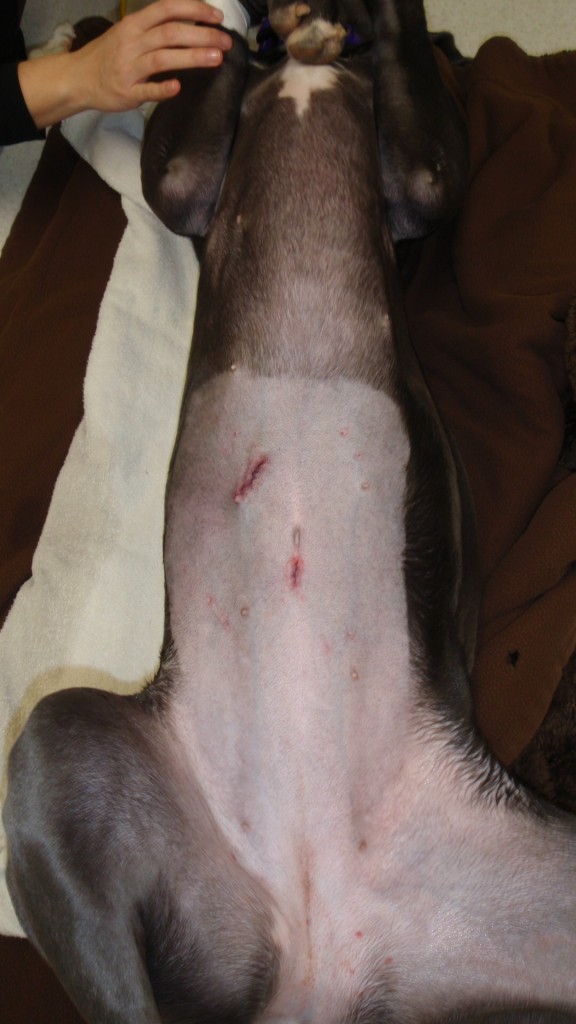 Appearance of incisions after surgery. The dog had a laparoscopic spay at the same time.

Do not hesitate to call our office for an estimate, if you have any questions, or if you are wondering if this procedure would be ideal for your large breed dog at 905-354-5645.