Saber is a typical energetic 3 year old Husky who was playing with his stuffed toy.  To the owners amazement Saber swallowed the entire toy without chewing.  Attempts were made to make him vomit it up, but the toy did not come up and Saber soon stopped eating and became lethargic and sick.  Saber presented to us 2 days after the toy was ingested since he was declining.  Abdominal radiographs revealed an obvious object in the stomach (see the arrows on the x-ray) which showed the toy upside down with the 4 feet being visible, but the head was likely lodged in the pylorus which connects the stomach to the small intestines.

The stuff toy was definitely “stuck” with the head lodged in the pylorus and was not going to come out on its own.  It was opted to remove the toy as minimally invasively as possible so endoscopy was opted for.  The object was easily seen in the stomach with the specialized medical camera and the image below shows the head of the toy stuck in the pylorus and endoscopic forceps being used to bring it back into the stomach. 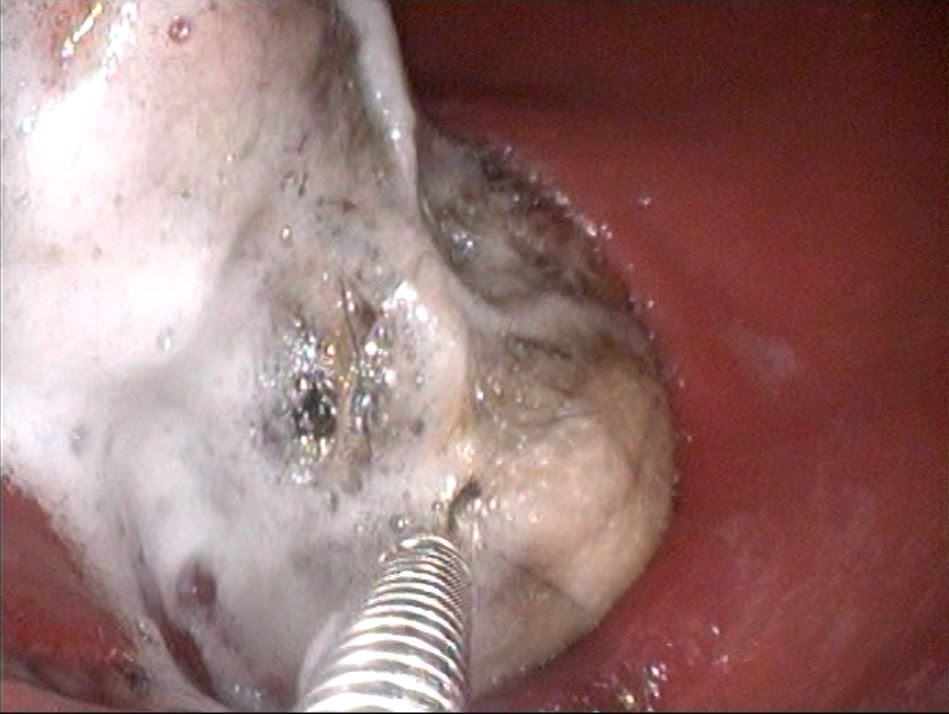 An endoscopic snare was then used to grasp one the legs and the object was slowly teased out of the stomach, brought back up the esophagus and removed orally.   The object turned out to be a 15 cm stuffed giraffe which was eaten intact and then removed completely intact. 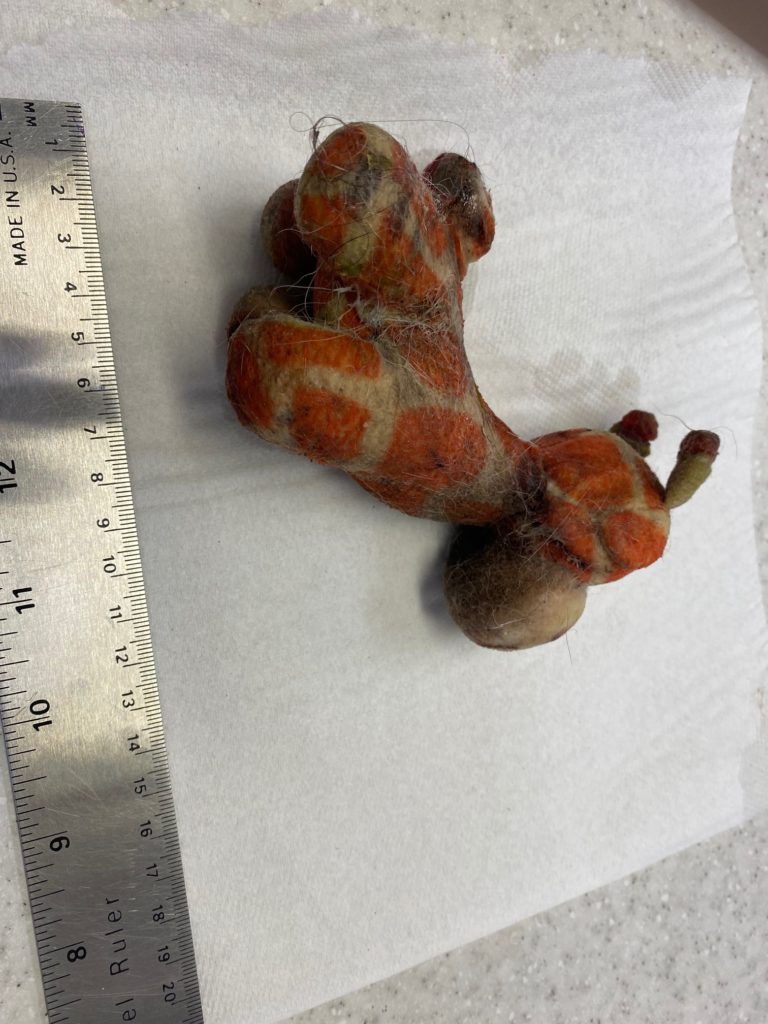 Saber made a complete recovery and was back to eating normally within 24 hours.  I’m sure the owners will now select different chew toys based on Saber’s chewing habits, but it is amazing why Saber would eat this stuffed giraffe to begin with!