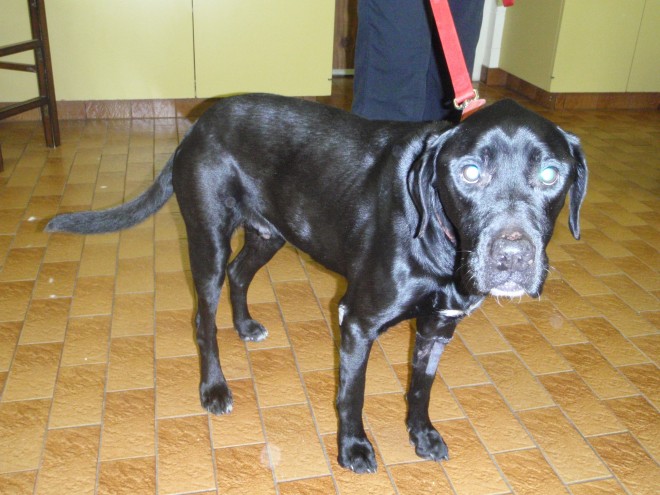 Moses is a 8 year old Labrador Retriever who was slowly gaining weight for almost a year.  Moses actually started appearing like a pregant dog before seeing us which is hard to do for male dog.  He also started to become quite lethargic and he stopped eating.  During our physical examination a large abdominal mass was palpated and Moses was weak from the mass slowly killing him and due to an anemia from the mass bleeding into his abdomen.

It was elected to take him directly to surgery where Dr. Morgan found the mass to be an enormus tumour on Moses’s spleen as noted in the photo.  The tumour was attached to the spleen making it necessary to remove the entire spleen and mass together. 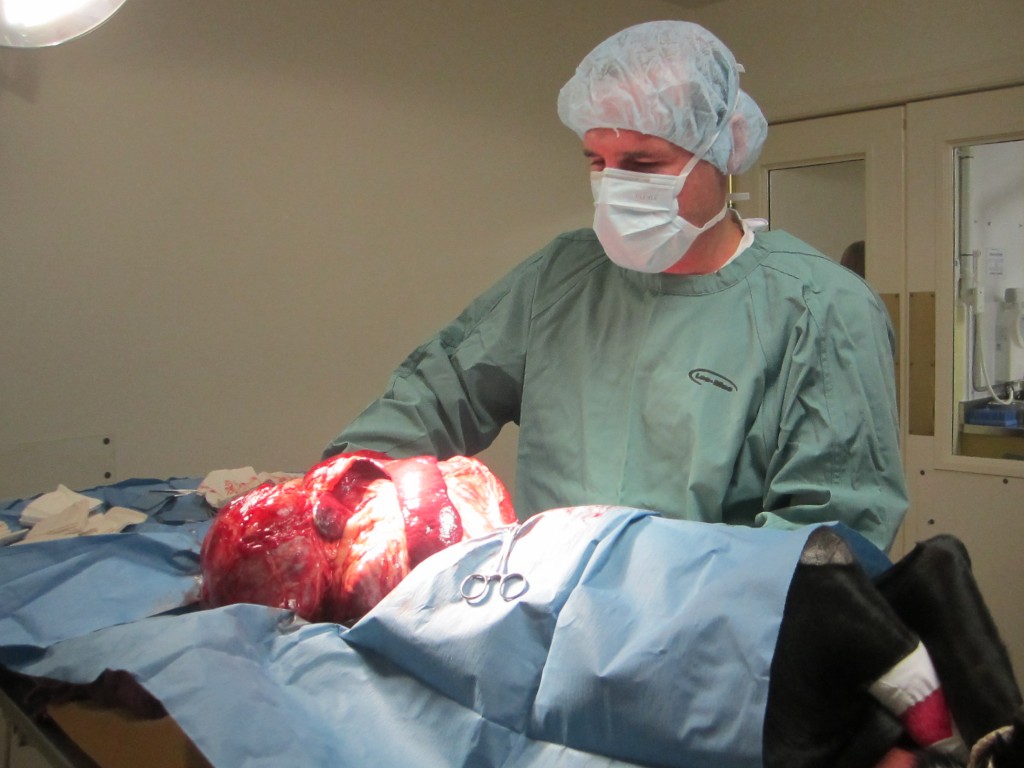 Dr. Morgan in surgery with Moses. His spleen with the tumour attached is exteriorized.

The time during surgery and immediately after was a critical time for Moses due to the amount of blood loss and the extent of surgery needed to remove the mass.  However, Moses was eating the very next day and he never looked back.  The photo of Moses at the top of the page was taken a few days after surgery looking like a slender Black Lab once again.  A photo of the mass below shows the impressive size of the mass which ended up weighing almost 21 lbs.  Histology confirmed that the mass was likely benign especially due to its slow growth over a year.  He continues to do fantastic after surgery and is far more energetic and playful again.  He feels great now after losing 21 lbs overnight. 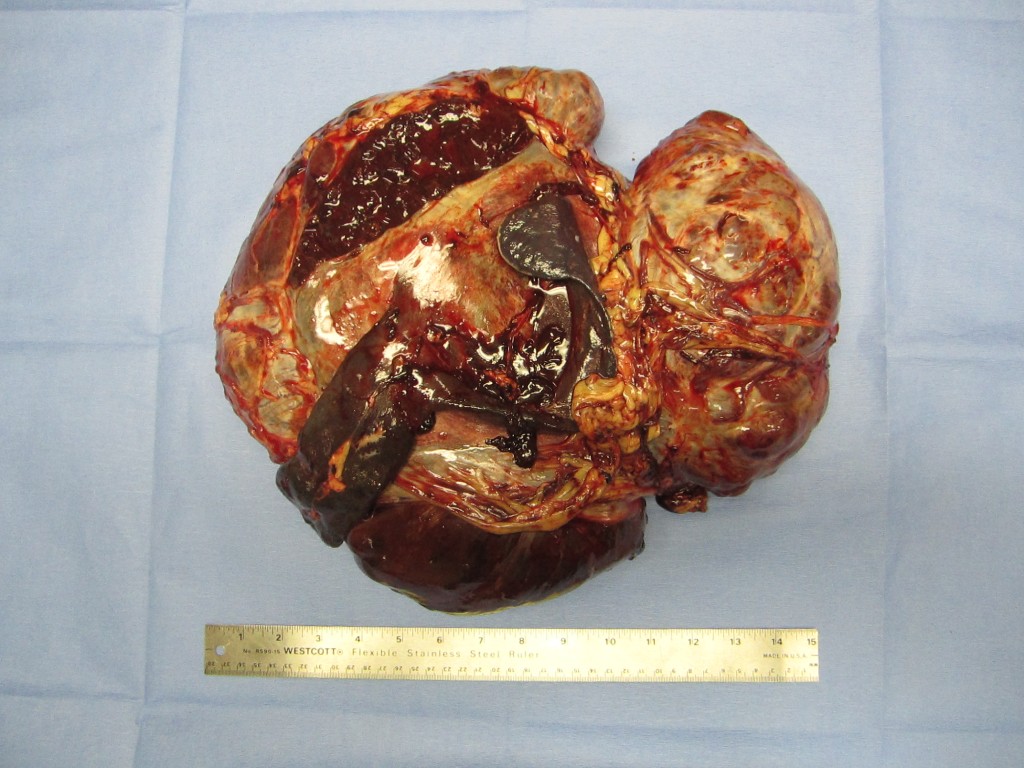