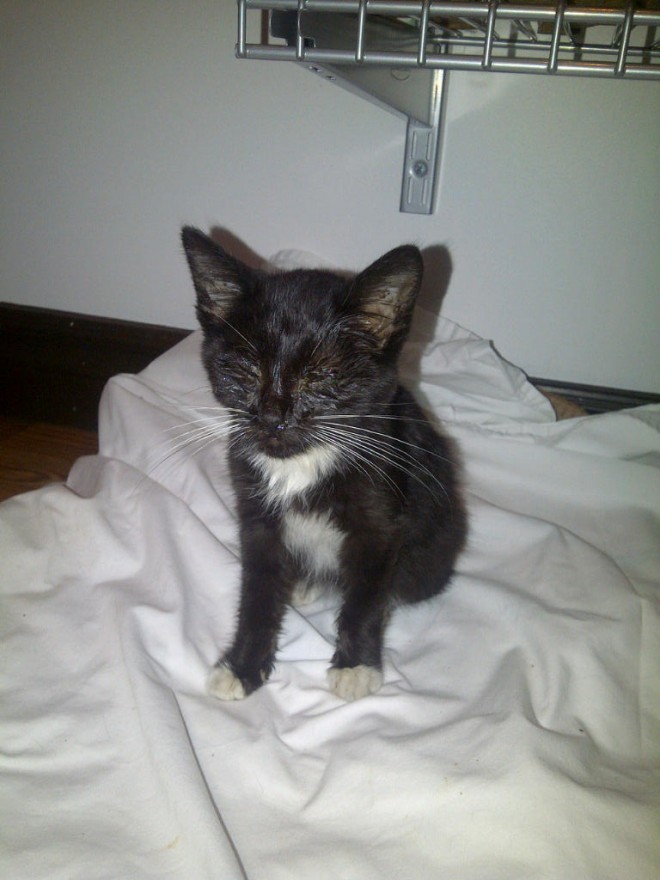 Jack was found as a stray kitten at about 6 weeks of age. He was brought to our hospital by good Samaritans who agreed to give him the care that he needed. He had pus caked to his nostrils indicating an upper respiratory tract infection and pus covering his eyes. One of his eyes was actually crusted closed.  This is a picture of Jack shortly after his visit and after being cleaned up.  Jack also had diarrhea that adhered to his skin and fur and created an environment for maggots to live. In addition to everything Jack was suffering from, he also had fleas that were feeding on his blood, causing his gums to look white due to an anemia. Jack’s blood was so watery since he didn’t have enough red blood cells, and this led to turbulence of blood flow in his heart causing a murmur to be heard on auscultation.

Jack needed an oral antibiotic for his upper respiratory tract infection, 2 different eye ointments to clear up his eye infection, he was cleaned and treated for the maggots and fleas, and his diarrhea was treated with probiotics and special food. It is very common for kittens to be infected with intestinal parasites.  Some kittens get parasites through the placenta before they are born or they can get parasites from the mother’s milk during nursing and they can also get parasites from the environment shortly after birth. Some of these intestinal parasites can also rarely cause problems in people. We regularly deworm puppies and kittens twice. The first dose kills adult worms and if any eggs develop then the second dose in 2 weeks will kill those parasites. Since there is no drug that will control all types of intestinal parasites, we also sent a stool sample away to see if there were any other parasites that were not treated for.

Three days later Jack was having difficulty urinating and had blood in his urine.  He was dehydrated at this point and was given fluids under his skin that helped to hydrate him over time.  A second oral antibiotic was added for his bladder infection. About 7 days later Jack was suffering from constipation and was given an enema and fluids under his skin. After approximately 10 days, Jack started to rally from his ailments and has never looked back.  Thanks to the care, time and commitment of his owners, Jack made a full recovery and is now part of a loving family with “brother” and “sister” cats. 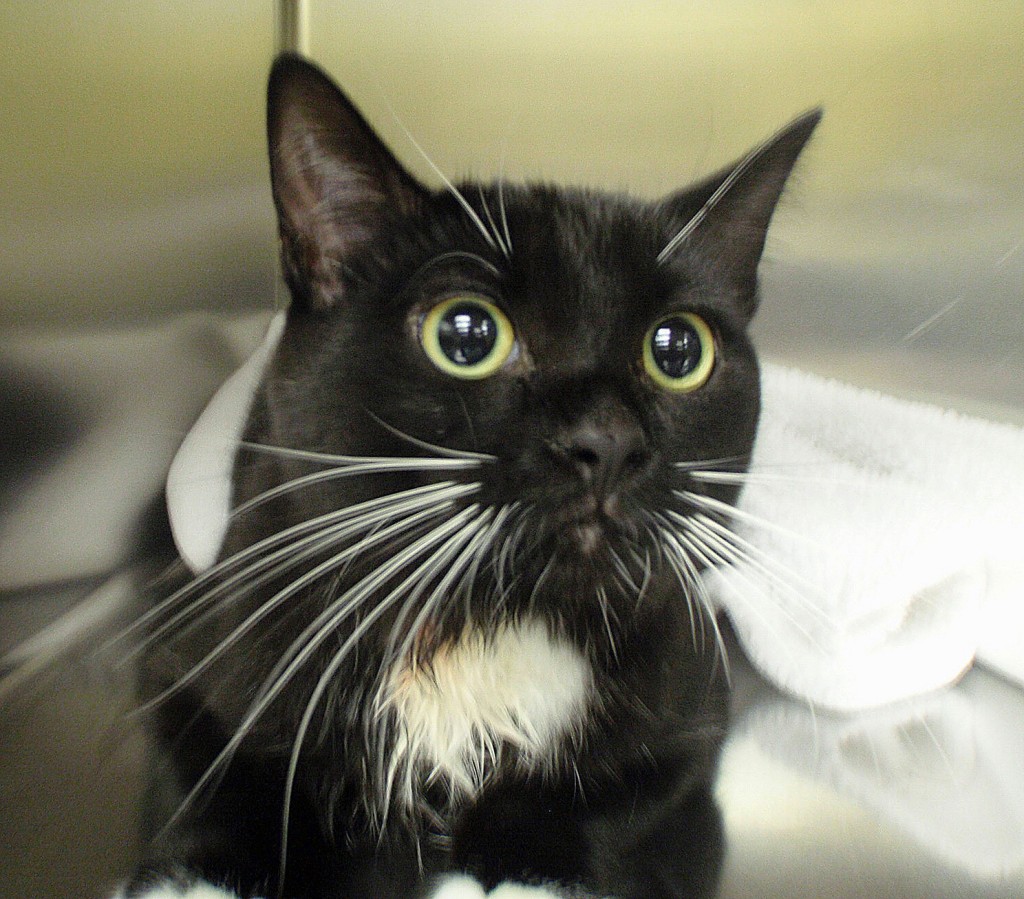